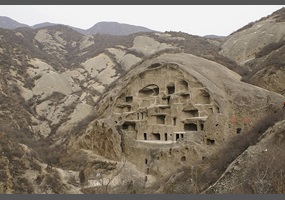 Do you think that 40 million Chinese people live in caves ?