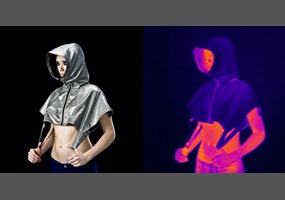 Anti-surveillance clothing hits the market: Should the clothing be illegal?