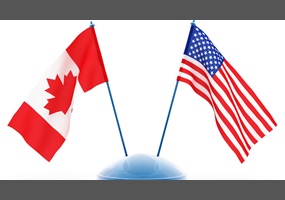 Are Canadians more polite than Americans?