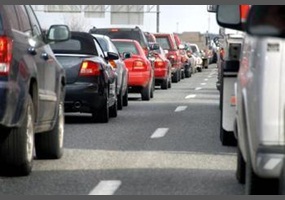 Are cell phones one if the biggest causes of traffic congestion?