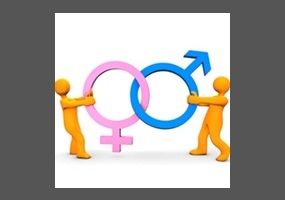 Are men better than women?

People, gender, Women, History
Are men better than women?
46% Say Yes
54% Say No
Load More Arguments
Leave a comment...
(Maximum 900 words)
lilcheerleader2001 says2013-03-06T15:56:16.947
Report Post
I think this subject was a good subject to put out there.
Anonymous says2013-04-02T11:29:24.517
Report Post
I'm a girl and I believe that men are superior to women. They are dominant to women and women should just accept that and submit. Us women should not only submit to men, but do it willingly. For example, I'd be perfectly fine scrubbing the floor while my husband relaxed on the couch doing nothing. Men are superior and deserve complete obedience from women.
Anonymous says2013-05-29T10:00:24.133
Report Post
Oh and by the way in the midst of all this pathetic hate and bickering and "revenge" seeking, at least for this particular "debate", who are the two most important people in your lives that are both a man and woman.....Hmm....... Your parents.... So by saying that men are better or weaker and by saying that woman are better or weaker your saying that either a man or woman is weaker, thus you are saying that your parents are weak and its as if you are almost "hating" on your parents...... Think about that will you continue to rant on about this ridiculous nonsense!
Anonymous says2013-06-03T04:59:42.863
Report Post
It was good to put out there, it's just that it breaks my heart to see that some men don't think that we can be strong......
Which is why we HAVE to prove to some men that girls and women are strong to! We can get better at sports! See, this is why Girl Scouts was made! To prove that girls can make a difference! So that the girls in Girl Scouts know to that no matter what someone says , they can rise up and be who they want to be!
Quan says2013-06-13T18:59:05.417
Report Post
They (at least traditionally) have equally important, but different roles in society. Neither is overall superior.
emam813 says2013-08-31T03:14:33.810
Report Post
Men have been protecting women for ages now you women implying you are equal or better at man's task
Bruinshockeyfan says2013-10-05T13:58:28.917
Report Post
Longline, here
http://www.Dailymail.Co.Uk/sciencetech/article-511391/Death-father-British-scientists-discover-turn-womens-bone-marrow-sperm.Html
Imjustdebatinghere says2013-11-21T03:17:57.287
Report Post
One more comment about women being better, then by lord will i actually remotely believe these stereotypes about those women who hate men.
hdjsHS says2013-12-18T21:44:38.933
Report Post
... Hmmmm I KNOW THAT WOMEN ARE (MAJORITY) SEXIST!!!
Shebeepup says2013-12-30T09:38:05.717
Report Post
Men are not better then women and women are not better then men. Yes, there are things that men may do better than women or that women may do better than men, but we're all just genders of the same species and we are not defined by these genders. Is a man better than a women simply because he was born with a penis instead of a vagina? If you believe this then I am sorry for you. Males are only seen as better because we live in a male dominated world. If we lived in a female dominated world than females would be seen as better but in the end no gender is better than the other.
livkebab says2014-03-19T11:21:44.867
Report Post
It just seems obvious to me, given that we (women) make up more than half of the population but hold exponentially less of the world's power, that we are simply inferior to men and should learn to accept that.
Qweed says2014-04-22T08:52:37.413
Report Post
When has a woman contributed significantly to society? Think of all the greatest minds in the world.All men.Who made tampons.A man.Women live to pleasure men and care for children.

I am 12 years old.I am the smartest child in my year.I am in a class with no girls.Why? None of the them were intelligent enough.

Men are superior.
Turq says2014-06-23T00:16:54.093
Report Post
My theory is that the reason there is such a high amount of "yes" votes is because of 12 year olds like Qweef down there at the bottom of the page. >:I 12 year olds, get off the grown-ups discussion board! We know you think girls are yucky, go away.
reality300 says2015-01-29T22:49:55.280
Report Post
Better in what? Ok here's a list
Sports - man
War - man
Hunting - man
Agricultural - man
Chef/cook - man, but mums cooking isthe best
Construction/ technical/ mechanical - man
Health care- I'll give this to the ladies but in some areas are man
Sailing - man
Teaching - man and women. Women teachers their children
Relationship - both can be better or worse
Sex - man.
Religious - women have spiritual Understandings
Cultural - both, majority of them a man running the show. Thats in my culture of course. For those of you with no culture. Please do not debate on this.
Studies - both, due to education and the rise of women in college
Labour - man
Dressings/ grooming appearance - women.
Work fields - depends on the job
Intelligence - both Personal
The list goes on and both plays important roles in society. To say one is better than the other is just playing nonsense. No gender is better alone but together they can achieve great things. Conclusion, women can't do everthing a man can and that applys for the man aswel
Shaggy9866 says2015-05-18T08:50:37.383
Report Post
I am a man and I am quite emotional (no I'm not gay) and I have been shot 9 times and not once did I cry so I'm just as equal as a woman get over it and face it men and women are just as equal E.G women=50%, men=50%(50+50=100) so we all are 100% together, a man without a woman is only a 50% and a woman without a man is only 50% and one more thing for you all to think about I'm a 15 year old boy and I see men and women boys and girls as equals, how old are all you?
Privacy Policy | Terms of Use
Sitemap | View Desktop Version
©2022 Debate.org. All rights reserved.