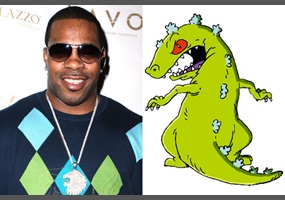 Busta Rhymes as Reptar: Should artists with mature lyrics be allowed to voice children's characters?