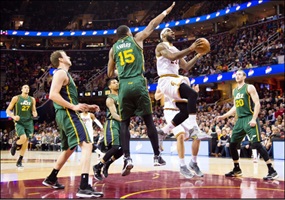 Cavs and Jazz: Are the Cavs better than the Jazz?