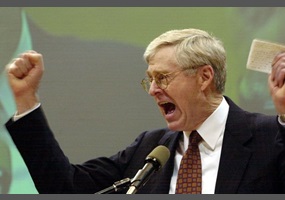 Charles Koch likens Donald Trump's Muslim ban to Adolf Hitler's policies: Is this parallel a bit too much?