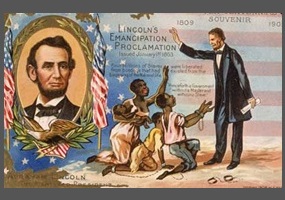 Did Abraham Lincoln care about slaves?