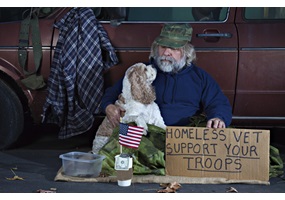 Do homeless veterans deserve our respect