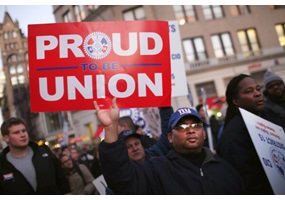 Do labour unions hurt the economy?