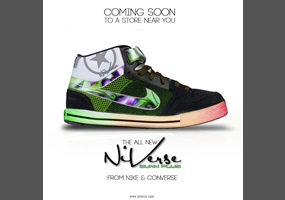 Do people know that Converse is part of Nike?