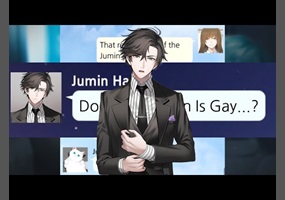 Does Jumin Han is gay?