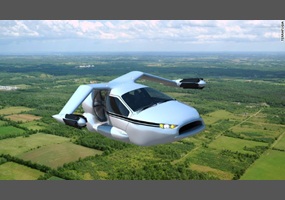 Does the world need flying cars?