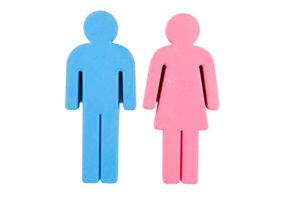 Asked by: hamsternap
Gender isn't a social construct.
54% Say Yes
46% Say No
Leave a comment...
(Maximum 900 words)
WhereDoWeBegin says2019-02-20T23:01:27.563
Report Post
The basic problem here is the lack of consistent definition of "gender". For some, It is interchangeable with biological sex. For others, It is a reference to societally defined gender roles. For still others, The term is used as a catch-all, Conflating biological sex with gender roles. Definitions of "male", "female", "man", "woman", Etc. Are often similarly confused. Before beginning any conversation on this topic, It is necessary to define terms and clarify concepts.

I will be using the following definitions. Note that whether you agree with my definitions is not the salient issue. It is the distinctions I am drawing, Not the names I am using, That is important.

By "sex" I mean "biological sex", That is, The reproductive categories of male and female. The Oxford Dictionary supplies the following definitions:

SEX: Either of the two divisions of organic beings distinguished as male and female respectively.
MALE: Of or belonging to the sex that begets offspring, Or performs the fecundating function of generation.
FEMALE: Belonging to the sex that produces offspring.
MAN: An adult male person.
WOMAN: An adult female human being.
BOY: A male child below the age of puberty.
GIRL: A female child.

In addition, By "gender" I mean modes of dress, Presentation, Cultural roles, Etc. Typically associated with one or the other biological sex. What used to be referred to as "masculine" and "feminine".

Further, Given the above definitions, Concepts such as "female brain" are incoherent. Since one's brain does not participate in the reproductive act, Then it cannot be either "male" or "female". Conversely, One could argue that by "female brain" one simply means "a brain characterized by certain structures typically associated with females", But that definition presupposes the definitions of "male" and "female" and thus, On such a definition, To assert that one's brain defines one's sex is to beg the question.

One more note: biological reproductive categories are not restricted to humans, But apply to nearly all forms of life: dogs and cats, Birds and bees, Aardvarks to zebras.

If by "gender" one means modes of dress, Presentation and cultural roles typically associated with one or the other sex, Then yes, Of course "gender" is largely a social construct. "Largely" because certain gender distinctions seem to be universal, Holding constant both across cultures and throughout history, Which suggests that even though such distinctions are culturally defined, They are still rooted in our biology.
Privacy Policy | Terms of Use
Sitemap | View Desktop Version
©2022 Debate.org. All rights reserved.