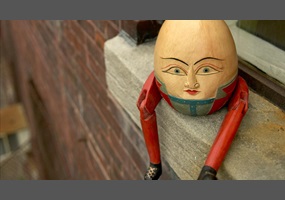 Read more: http://en.wikipedia.org/wiki/Humpty_Dumpty
Humpty Dumpty: Is there a good lesson to be learned from the Humpty Dumpty story?
71% Say Yes
29% Say No
Leave a comment...
(Maximum 900 words)
No comments yet.
Privacy Policy | Terms of Use
Sitemap | View Desktop Version
©2022 Debate.org. All rights reserved.