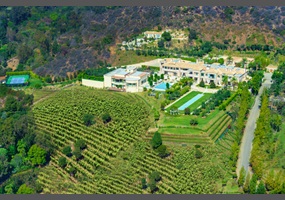 If you had the money, would you buy a $195 million house?