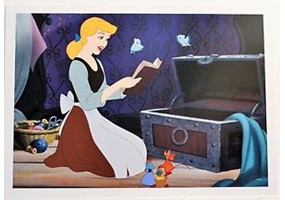 Is Cinderella A Good Role Model For Young Children?