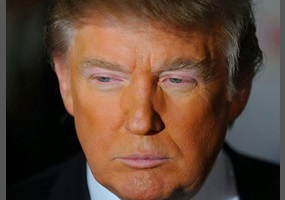 Is Donald Trump an orange carrot?