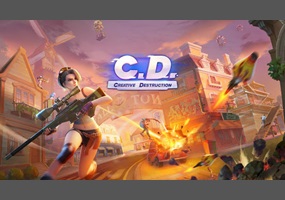 Is fortnite a good game or is creative destruction better