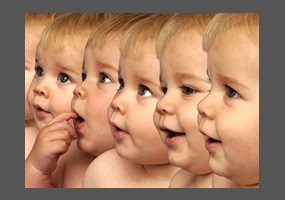 cloning, human cloning, Dolly, Human, Ethics
Is human cloning wrong?
58% Say Yes
42% Say No
Load More Arguments
Leave a comment...
(Maximum 900 words)
ShadowFall110 says2013-03-22T00:57:39.130
Report Post
I think we should clone people for some things. Like if a scientist was on the verge of finding a cure for a deadly disease and then the scientist got a tumor and had like 3 months to live. Then you could create a clone for him/her and that person could show the clone what the person has been doing and finding out then the clone could finish the scientists work when the scientist dies. When the clone finishes you could get rid of them ( kill them ) so then history isn't changed that much. We shouldn't use clones to replace a dead family member, friend, or spouse because then there could be an out break and the clones could start pointless wars and arguments.
Anonymous says2013-04-05T17:27:28.710
Report Post
I Dont believe Clonining is right. It is like playing god.
Anonymous says2013-04-26T18:09:46.897
Report Post
If clones are made, then I believe many religious figures would dispute against it. I agree that cloning is not a good thing. Humans are not set for the role of controlling nature and genetics in a godly like position. This will only cause further problems in the world.
Quan says2013-06-10T13:39:52.563
Report Post
It may end up being the only way for men to secure their parental rights. Though there is something very scary about the thought of asexual reproduction becoming the norm and humans beginning to evolve into a monogendered species without reproductive organs.
Pruiett-1 says2014-12-03T15:25:33.493
Report Post
NO! Cloning
LuckyMuddypaw says2018-06-12T14:58:24.313
Report Post
We are all made differently, so how would you like it if suddenly there were multiple of you, washboarding your value and the fact that you are your own person? Just like how a limited edition or exclusive item is more valuable than one that has billions of copies of itself throughout the world. We would become less like people and more like things, objects that can be replaced....

Is THAT how you want others to look at the value of YOUR life? That if something happens to you, they can just find a new one and forget about you??? NO!

Even pets are all special, and recognized for their uniqueness, because that is what we are drawn to, how they are different. If everyone had one of something, it would be looked at as disposable, not valued.
Privacy Policy | Terms of Use
Sitemap | View Desktop Version
©2022 Debate.org. All rights reserved.