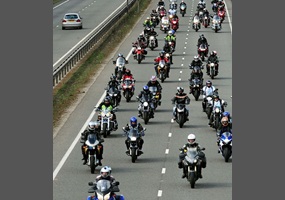 Is it dangerous to drive a motorcycle?