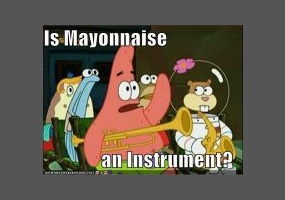 Is mayonnaise an instrument?