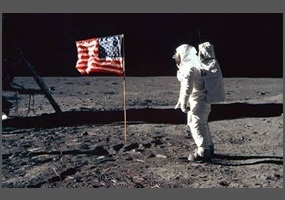 Is space exploration worth the money?

SpaceX, NASA, Earth, Space, space exploration, Technology
Is space exploration worth the money?
58% Say Yes
42% Say No
Load More Arguments
Leave a comment...
(Maximum 900 words)
PreachinP77 says2015-02-27T21:29:22.360
Report Post
I say NO because, #1 we could be using that .4% on the earth today and when the earth starts to die and you plan to go to space well you need to go back to earth which is going to be gone your going to need AIR!!!!!!!! Done commenting, and if you have any other "FACTS" about what I have to say then comment so I can shut you down!!!!! :) :)
noahfulkerson says2016-01-28T23:54:09.717
Report Post
PreachinP77 first of all you have no idea what you're talking about. This isn't a sci fi movie where humans fly off and come back and expect Earth to be cured. If we ever do desperately fly off into space because well you know Earth has toxic air from pollution we'll fly off to a planet or a moon we've studied enough to know that we can live on it, like Titan. By the way, touch up on how to write sentences because you zero indication of making any logical sense. Anyways everything you said is what we used space exploration for you never explained any negative side effects of it. You can't even write an argument correctly.
Privacy Policy | Terms of Use
Sitemap | View Desktop Version
©2022 Debate.org. All rights reserved.