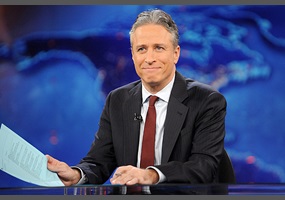 Jon Stewart continues in comedy: Was Jon Stewart the best host of The Daily Show?