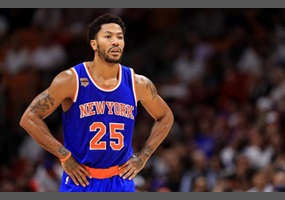 Knicks' Derrick Rose goes missing: Should he be suspended from playing?