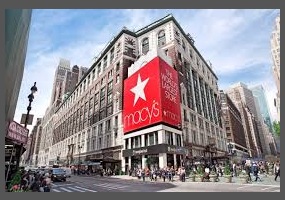 Many Macy's stores set to close: Is Lord and Taylor better than Macy's?