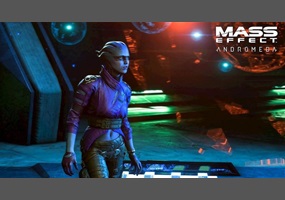 Mass Effect: Andromeda: Is this movie worth seeing?