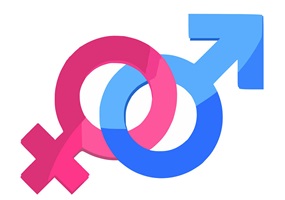 People should be able to choose their gender

Asked by: Angrymother
People should be able to choose their gender
45% Say Yes
55% Say No
Load More Arguments
Leave a comment...
(Maximum 900 words)
MyacronymissimplyCEE says2019-12-21T17:14:29.690
Report Post
As with nearly every "choice" posed on here, It isn't that easy. One "chooses" one's quintessential "I go into This bathroom", Much like one chooses one's MONOPOLY token. You pick the top hat or the cannon or the little terrier dog because you like the image, But they are avatars you utilize for purposes. Playing the game at hand. Once won or lost, The token ceases to be anything to do with 'you'. So, "choice" really means "the secret life", Expressed as of Old. . . And That risks jeer, Bullying, Injury or Death. There's a Hilary Swank movie that says it all.

The Q is not "am I/should I be permitted to say This Is What I Am? " It's "can Society be made totalitarian enough so that it fake-appears open enough, I can Be XYZ, And come to no harm? " NO. . . . But, Again, I commented, Because the Q, Like nearly all, Here, Was framed incorrectly, And its parameters are, As a result, Too broad.
smokey0990 says2020-01-01T12:14:46.913
Report Post
I'm not voting as the arguments on both sides are too stupid for me to choose. However gender and sex are the same thing the technical definition of gender and gender identity were recently changed. Try looking up the words in an actual dictionary instead of wikipedia and you would know that. A small minority changed the definition of the words to suit their political opinions. Thing is reality doesn't give a shit what you call it a man is a man and a woman is a woman. Reality does not change to suit your feelings and it never will.
Privacy Policy | Terms of Use
Sitemap | View Desktop Version
©2022 Debate.org. All rights reserved.