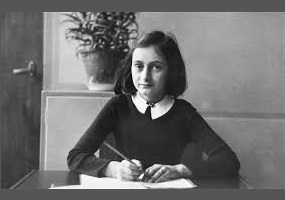 Read more: http://www.theguardian.com/commentisfree/201...
Portions of Anne Frank's diary were censored because she described her clitoris: Do you think Anne Frank's diary is pornographic?
33% Say Yes
67% Say No
Leave a comment...
(Maximum 900 words)
No comments yet.
Privacy Policy | Terms of Use
Sitemap | View Desktop Version
©2022 Debate.org. All rights reserved.