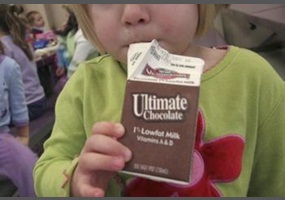 Should chocolate milk be served in schools?