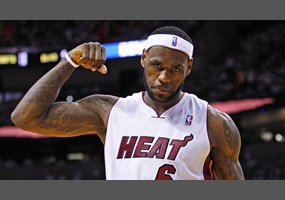 Should Lebron James leave the Cavs again in 2018?