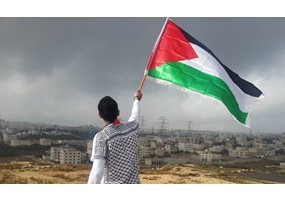 Should Palestinians be allowed to have their land?