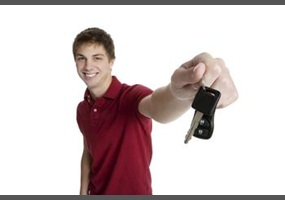 Should the legal driving age be raised to 21?

Law, United States, Colorado, driving age, Cannabis
Should the legal driving age be raised to 21?
38% Say Yes
62% Say No
Load More Arguments
Leave a comment...
(Maximum 900 words)
Quan says2013-06-03T19:31:41.660
Report Post
I'm actually not convinced a hardwired age restriction is all that useful here. I believe anyone of any age who can demonstrate competent driving skills should be able to drive.
SorryNotSorry says2013-06-05T13:33:05.160
Report Post
I also agree with you Quan
imthedebate says2013-07-08T21:27:36.030
Report Post
Me too
Anonymous says2013-08-06T17:48:45.280
Report Post
In South Africa the age is 18, but many of them cause accidents because they think they are so mature so they drink then drive and cause accidents. The truth is that that are not full matured until 21. Also, I say no, because people at the age of 19-21 need to go places when they study they need to get from place to place. So I have a 2 sided opinion.
ryanthemando says2015-03-11T13:57:46.393
Report Post
Yes that is true quan i agree
its_mebrea says2016-02-11T19:09:38.730
Report Post
Driving at 16 is not an early age to drive because some teens start learning when they are 14 or younger. In some states it is legal to drive at the age 15 or younger. Everywhere in the world lawmakers are trying to the driving age to 18. In Europe the driving age is 18 so they are trying to raise it up to 21. There is driving school were students could attend to and they can learn how to drive and have better skills at driving. That could help to prevent many accidents from occurring. When the teen is going to drive they should only drive for good reasons and now just to drive to ride with friends or just go ridding around by themselves. They should use it for jobs, school or for an emergency.

Teens need to drive as much as anyone else to get to school and work or sports, band practice. Some of them can become responsible and caring for what they do and have. They sometimes need a car to get o school or get to a place they really need to be. Teens should be able to drive because its not always teens that cause accidents. There are some adults that causes them because they are drunk or high or they are just not paying attention to the road and where they are going.Teens are influenced by their parents and they do what they see their parents do.

It is true that the risk of crashing is higher for the 16-21 age group the any other. This is the main reason a lot of people way to have the driving age raised. They think that when these teens are a little older their risk crashing will decrease. And that will make the roads safer for all. If the driving age is raised the only thing that will change is the age group of the drivers. A good idea would be to increase the amount of time a teen needs a permit for in order to get more experience before actually getting drivers license.

At first look it seems like a really good idea to have the age raised to 21 but it is not as it seems. About forty percent of american teen deaths are from crashes making them a major concern for parents and teens alike. Raising the driving age wont fix this and could actually probably make things worse by giving teens more freedom at once because at 21 it is legal to drink so more teens will be drinking and driving/

My opinion would be thatt you can drive at the age 16 and older. Before starting to drive the teen should get their license then they should think to their self for a long period of time and ask themselves if they are ready and if they are going to responsible. I've seen teens that drive at the age 13 or 14 years old for their parents because their parents are drunk or high. I think that the parent should not drink and care more about their kids because they don't want their kids following theirs footsteps and end up getting killed. And the very last thing the kid needs to see is that their parents are okay with it. This is my opinion on should the driving age be raised to 21.
Privacy Policy | Terms of Use
Sitemap | View Desktop Version
©2022 Debate.org. All rights reserved.