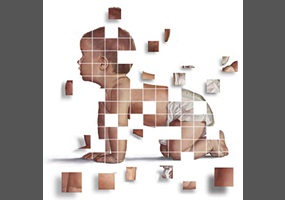 Should there be designer babies?

Guam, Canada
Should there be designer babies?
32% Say Yes
68% Say No
Load More Arguments
Leave a comment...
(Maximum 900 words)
Bobssss says2016-11-18T15:45:05.787
Report Post
I don't agree about the GM baby even though it sounds very good that we can have a wonderful baby in the future, the baby still have problems. Also people should not be the same they should be differently and also difference can make compatation and more compatation can make our world and countries become better so I disagree.
nickiminaj1234 says2017-12-19T10:16:45.117
Report Post
Hoi allemaal.


This one is for the boys with the booming system
Top down, AC with the cooler system
When he come up in the club, he be blazin' up
Got stacks on deck like he savin' up
And he ill, he real, he might gotta deal
He pop bottles and he got the right kind of build
He cold, he dope, he might sell coke
He always in the air, but he never fly coach
He a muthafuckin trip, trip, sailor of the ship, ship
When he make it drip, drip kiss him on the lip, lip
That's the kind of dude I was lookin' for
And yes you'll get slapped if you're lookin', ho
I said, excuse me you're a hell of a guy
I mean my, my, my, my you're like pelican fly
I mean, you're so shy and I'm loving your tie
You're like slicker than the guy with the thing on his eye, oh
Yes I did, yes I did
Somebody please tell em who the eff I is
I am Nicki Minaj, I mack them dudes up, back coupes up, and chuck the deuce up
Privacy Policy | Terms of Use
Sitemap | View Desktop Version
©2022 Debate.org. All rights reserved.