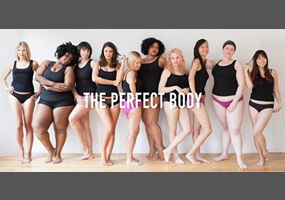 Should Victoria's Secret have dropped its "Perfect Body" slogan?