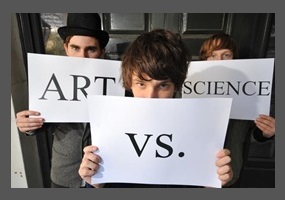 Should we value literature more than science?

United States, Adam Gopnik
Should we value literature more than science?
44% Say Yes
56% Say No
Load More Arguments
Leave a comment...
(Maximum 900 words)
Davis677 says2019-04-04T19:25:21.337
Report Post
What people fail to realize is that the artist and the scientist both do totally different things.
The scientist observes the outside world.
The literary author observes himself.
While scientific studies and theories changes throughout time, The novelist focuses on permanent life struggles such as death. Literary works that are 1000 years old are still valuable to this day, Unlike a lot of scientific theories, Such as flat earth. (I am on the side of literature as you can imagine)
But, Science cannot be denied. In this day and age, In this very technological world that we live in, It is understandable that society's priority is science
Privacy Policy | Terms of Use
Sitemap | View Desktop Version
©2022 Debate.org. All rights reserved.