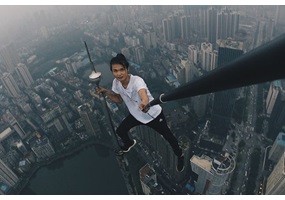 Taking dangerous selfies should be banned.