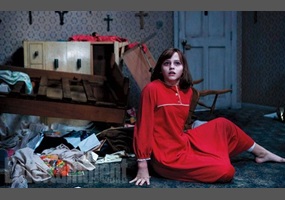 The Conjuring 2: Are movie sequels usually worse than the original movie?