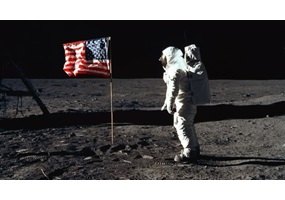 Was the Apollo 11 Moon Landing Fake?