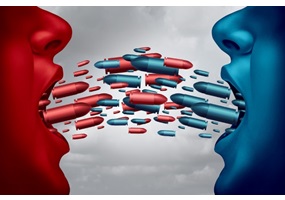 What is hate speech and who gets to decide if it is acceptable or not?

What is hate speech and who gets to decide if it is acceptable or not?
25% Say Yes
75% Say No
Leave a comment...
(Maximum 900 words)
Kjones1 says2019-04-09T16:25:39.890
Report Post
Hate Speech doesn't exist in America. There is no legal definition for the term "hate speech" in the United States. Some may argue that by limiting a persons freedom of speech or freedom to hate speech that it increases a countries human rights. In actuality, No country has better human rights than the United States by limiting the general persons freedom to speech. Canada and the United Kingdom have laws on hate speech differing in severity based off of the level of oppression. To Clarify my point the United States legal definition of hate speech is any kind of speech that is differentiated or should be differentiated legally based on the level of offense or oppression. The only legal regulations on freedom of speech in the united states is for a few things like yelling fire in a crowded building or shooter in a school but these are calls to action. These specific things are regulated because of the safety for other citizens. In summary, Hate Speech exists in the United States although it is taboo, But legislatively or legally it does not exist and shouldn't. If they started regulating citizens speech then who decides what can and can't be said? No one especially the government should have the position of deciding if hate speech is acceptable.
Privacy Policy | Terms of Use
Sitemap | View Desktop Version
©2022 Debate.org. All rights reserved.