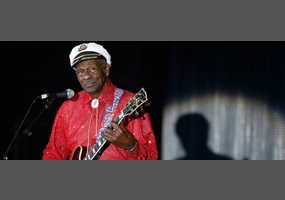 Will Chuck Berry's latest album be worth listening to?