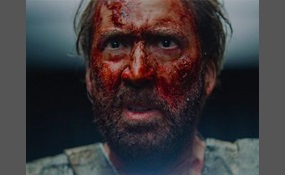 Cage of the Decade

Even by his high standards, Cage has had an insane decade making an insane number of movies, Many of which can be described as. . . Well, Insane. If you are a fan of his, I'm interested in your vote for your favorite Nic Cage movie of the 2010s. Below are listed only the GENRE titles (fantasy, Horror, Sci-fi) from his busy opus.

MyacronymissimplyCEE says2020-02-11T22:59:07.1129695Z
Report Post
I saw "Valley Girl" IN THE THEATER, During the summer of '83. I thought he blew chunks Then, And I think he's blown chunks all his life. If the man wasn't an undead vampire, He couldn't get Arrested in Hollywood!
Privacy Policy | Terms of Use
Sitemap | View Desktop Version
©2022 Debate.org. All rights reserved.

Portions of this page are reproduced from or are modifications based on work created and shared by Google and used according to terms described in the Creative Commons 3.0 Attribution License.